Read on for a brief history of the neighborhood we hold dear. 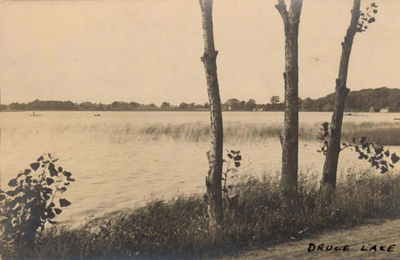 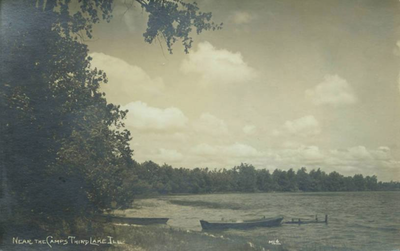 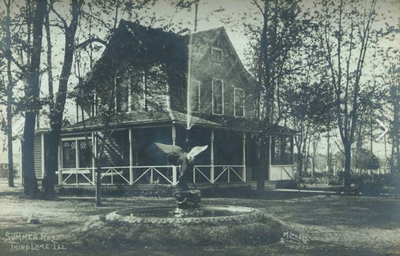 "Summer Residence, Third Lake" circa 1925
Photos courtesy of the Illinois Digital Archives
In 1861, Third Lake was known as Chittendon Lake, named after a family who owned a large amount of property north of Third Lake. At the time Druce Lake was known as Second Lake. The Alexander Druce Family owned the land south of what is now Druce Lake, as well as the lake itself. The farm had been handed down within the Druce family and the cemetery, which is today located on the corner of Washington Street and Mainsail, was in place by 1907.

By 1947, the 100 acre Chittendon property was owned by W.I. Pratt who sold 16.5 acres bordering Washington Street to the Brennan family of Chicago who used it as a weekend farm. They built a home on the property and lived there until November 2000.

By 1954, what we know as Washington Street was “Grange Hall Road” and ran east of Route 45. To travel west, one had to jog a bit south and take “Druce Lake Road.” At that time, Eleanor Burke owned the former Chittendon property and the lake become known as Third Lake.

By 1979 the land was in a trust with Sears Bank and Trust. Lawyer-developer Lee Fry began plans to purchase and develop these open farmland properties. He spent two years working out a deal with the Brennans in which there was an exchange of 15 acres of the Brennan Farm (much of which became Phase II of Mariner’s Cove) for a farm in Wisconsin. There was a waiting list of 33 buyers, but then interest rates skyrocketed. Buyers dropped out and Lee Fry lost the property.

By 1985, in the hands of a development syndicate, sales in Phase I went well. Phase II took off in 1989, with Phase III following shortly thereafter. Lee Fry’s original design for development and the association was closely followed.

Entering Mariner’s Cove, you know you are somewhere special. Mariner’s Cove homeowners enjoy access to two lakes, private boat launches and sand beaches. There are also several children playgrounds with swings, slides and other features located throughout the neighborhood.

​The Homeowners Association maintains these neighborhood spaces and coordinates special events throughout the year, including an Easter egg hunt, Halloween parade, neighbor meet and greets, and more.